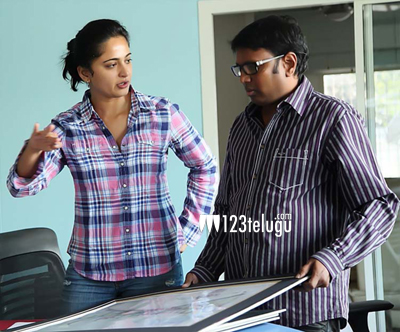 Director Gunsekhar has always been known for his grandeur and huge production values. All his films have massive set work which bring an ethnic feel to the film. For his latest magnum opus Rudramma Devi, Gunsekhar is going all out and producing it on a lavish budget.

For the second schedule which kicks off in Hyderabad, a massive temple set is being created in Annapurna 7 acres studio. Two songs and some key scenes will be shot during this schedule. More than 1000 junior artists will be taking part in the shoot. Anushka and Rana Daggubatti play lead roles and Krishnam Raju will be seen in a pivotal role. Rudramma Devi is produced and directed by Gunsekhar and is set for early 2014 release.