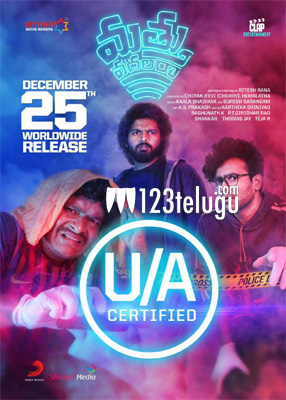 Mathu Vadalara is a film that has created a decent buzz in social media thanks to its unique promotions. The film has now wrapped up its censors with a U/A certificate and is ready for a release on the 25th of this month.

Now, the latest update is that the film’s pre-release event will be held on the 21st of this month in the cyber convention, Hyderabad. Rajamouli will be the chief guest for this event.

The film has Sri Simha doing the lead role and Kaala Bhairava is the music composer. Both these young guys are sons of noted musician Keeravani. Mathu Vadalara is directed by Ritesh Rana.