Unfortunately, the makers took to their social handles and announced that the flick will be late by a week, which means that the film will be released on December 9, 2022. The surprise is that Mega Akash’s other movie Gurtunda Seethakalam, starring Satya Dev and Tamannaah Bhatia in the lead roles, is also scheduled to hit screens on the same day. So, it would be a double dhamaka for Megha Akash fans.

Thrigun, Ajay Kathurvar and Maya will appear in the lead roles. Madhubala, Vaishnavi Chaithanya, Thanikella Barani, Viva Harsha and others are also a part of the movie. Funded by Siri Creative Works, the movie has Manisharma’s music. 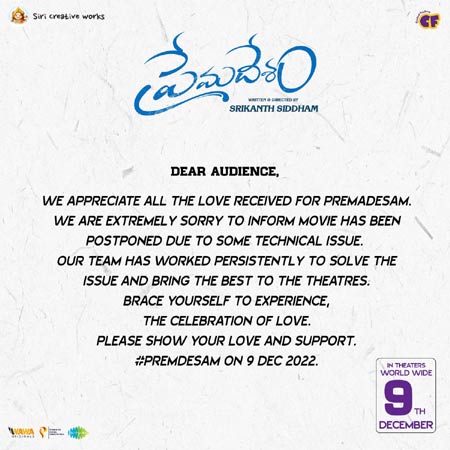