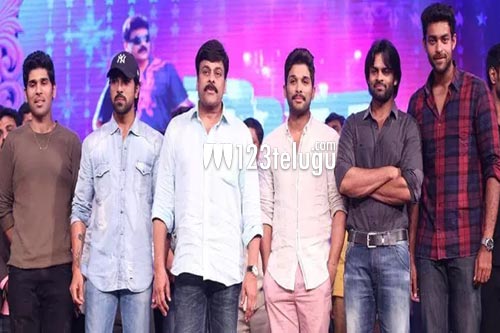 Off late, there has been so much noise regarding the titles of several films. When Nani revealed that his new film has been titled Gang Leader, so much Hungama was created as to how Nani could use such an iconic title of Chiranjeevi.

Also, many small films in the past have spoilt good titles like Geetanjali and Shankarabharam. Seeing all this, the news going around is that the mega camp has decided to copyright several film titles of Chiranjeevi, Charan, and many other heroes in the family so that no one can use them in the future.

Though there is no confirmation, fans say that this is a good move as iconic film titles should not be used just like that by anyone.