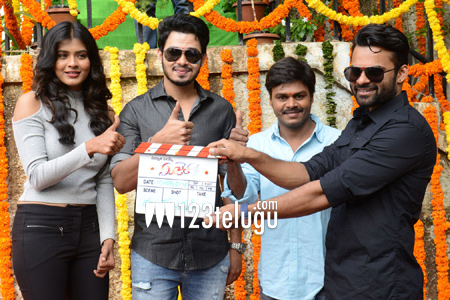 Child actor turned hero, Naga Anvesh made his debut debut with Vinavayya Ramayya last year. He is back once again and has signed an interesting project called ‘Angel’ which was launched today.

Young mega hero, Sai Dharam Tej was the special guest and launched the film. Angel is a romantic entertainer which has Hebah Patel as the female lead.

Palani is the director of this film which will be shot in three schedules. Keep watching this space for more details on this project.