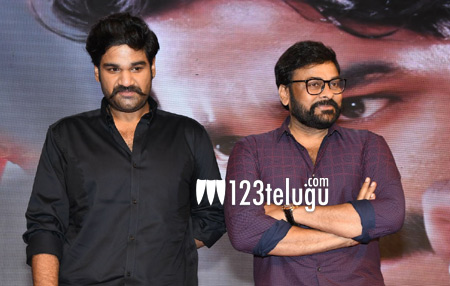 Megastar Chiranjeevi is all praise for Ghanta Ravi, son of AP Minister Ghanta Srinivas Rao, who’ll soon be making his debut in Tollywood with Jayadev. Directed by Jayanth C Paranjee, the film stars Ghanta Ravi as a tough and sincere police officer.

Speaking at the film’s audio launch, Chiranjeevi said, “Usually, debut actors choose a love story for their first film; however, Ghanta Ravi has chosen to play a tough police officer, which suits his personality. It’s a brave decision and he looks good in the role. I’m glad that Jayanth C Paranjee, who’s a versatile director, is launching Ghanta Ravi. His father Ghanta Srinivasa Rao is a close friend of mine and I’m sure that Ravi will make his father proud.”

The film is slated for release on June 30. Mani Sharma has scored the music.