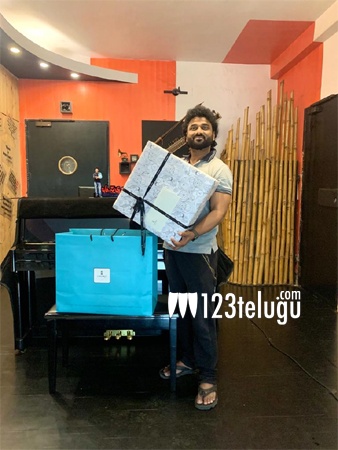 Music director Devi Sri Prasad is on cloud nine post the success of his recent film, Uppena. Directed by Buchibabu Sana, the film had Vaishnav Tej, Krithi Shetty, and Vijay Sethupathi playing lead roles. Not only did DSP’s work was highly appreciated prior to the film’s release, but also his contribution to the film ensured that youth thronged to cinema halls in big numbers.

Acknowledging his role in the huge success of the film, Megastar Chiranjeevi wrote a heartfelt letter to Devi Sri Prasad congratulating him for the mega success and also, the actor praised DSP’s work. That’s not all. He even sent a memento, of two lovers embracing each other, which DSP shared with his fans on Twitter.