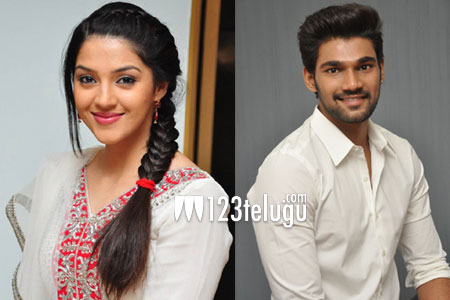 Young Punjabi beauty Mehreen Kaur is quite a busy actress these days. Mehreen has as many as four happening projects in hand, featuring stars like Ravi Teja, Sai Dharam Tej, Sharwanand and Sundeep Kishan.

According to the latest reports, Mehreen has bagged yet another crazy project in the form of Sriwass-Bellamkonda Sai’s film, which was launched recently. The actress is quite kicked about her role and has reportedly ​begun prepping for her part already.

Devi Sri Prasad will compose the film’s soundtrack. Meghana Arts banner will bankroll this movie, which will be shot in several picturesque locales in India and abroad. The film will go to the sets in June.