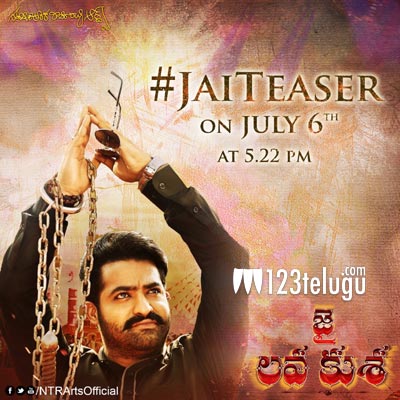 The much-awaited teaser of NTR’s Jai Lava Kusa has been unveiled as announced at 5:22 pm this evening. The teaser is filled with visual grandeur and intense moments.

The main highlight of the teaser is undoubtedly the Young Tiger NTR himself. NTR looks menacingly evil in a negative character, Jai. Interestingly, his character flaw of stammering will add depth to his villainous act. DSP’s background score and vocals are other special attractions in the teaser.

The next two teasers featuring the other two roles being played by NTR will be revealed soon. NTR’s brother Kalyanram is producing this high budget entertainer on his NTR Arts banner. Bobby is the film’s director and Raashi Khanna and Nivetha Thomas are the film’s leading ladies.