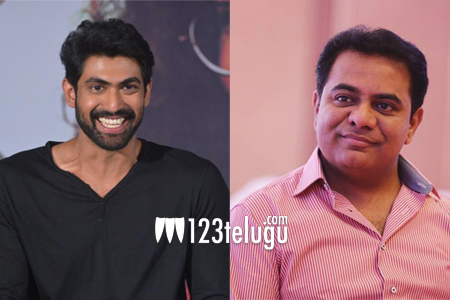 Telangana minister for IT KTR maintains cordial relationship with several film stars, and he often interacts with them via Twitter. KTR’s witty advise to Rana Daggubati ahead of the actor’s next movie under his father Suresh Babu’s production has amused many.

This afternoon, Rana tweeted a picture along with his father and said, “Working with this producer for the first time!! And he’s called DAD!! Wish us luck!! More details on the project soon!”

To this, KTR’s slyly replied, “Piece of advise/caution. Dads can (will) be tough bosses. Don’t let the guard down”. Rana couldn’t agree more and said, “Thank you Sirrr!! Agreed.Understood and will follow!!”

Piece of advise/caution. Dads can (will) be tough bosses. Don't let the guard down? https://t.co/WioEG4N7s7