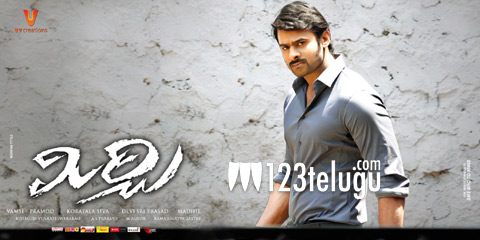 Young Rebel Star Prabhas’s ‘Mirchi’ has completed its censor certification process today. The official certificate will be issued after some formalities and the certificate will most likely be a U/A. The film’s total run time is said to be 2hrs 36 minutes.

‘Mirchi’ is gearing up to hit the screens on February 8th and Prabhas will be seen with Richa Gangopadhyay and Anushka in this film. Devi Sri Prasad has composed the music and Koratala Shiva is the director. Shiva is making his debut as a director with this film.

The film is being produced by Pramod and Vamsi on UV Creations banner.