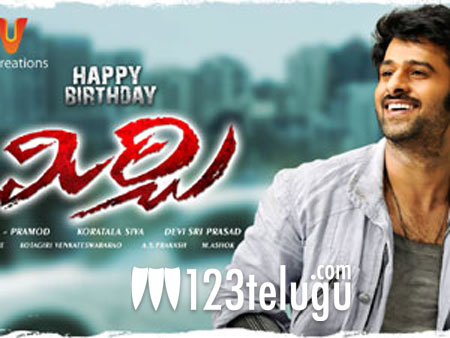 The final schedule of Prabhas’ upcoming film Mirchi is currently underway in Bangkok. Anushka and Richa Gangopadhyay are playing the lead roles opposite Prabhas. Koratala Siva is directing the film and it is being produced by Vamsi Krishna Reddy and Pramod Uppalapati under UV Creations banner. In this ongoing schedule in Bangkok, few scenes were canned on Prabhas and Richa. Most part of the film has been shot in Hyderabad, Pollachi and Thenkasi. Couple of songs have been shot on a lavish scale in Italy and they have reportedly come out extremely well. The film’s posters and first look have become a huge hit with the audience. Prabhas’ look in particular is making waves. Devi Sri Prasad has composed the music and Madhi is the cinematographer. The film’s audio launch is expected to take place later this month and the film will hit screens in early 2013.