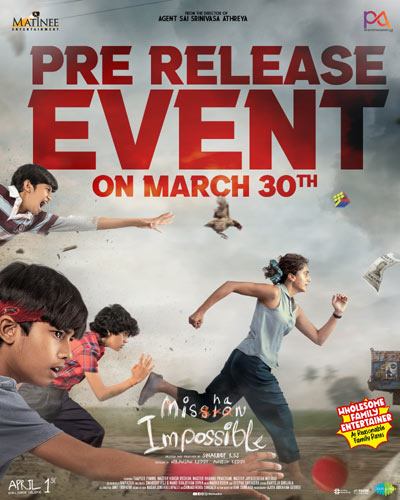 After many years, Taapsee Pannu will be seen in a straight Telugu movie called Mishan Impossible. Directed by Swaroop RSJ, the movie is gearing up for a release in theaters on April 1, 2022.

The fun-filled thriller is bankrolled by Matinee Entertainment. Having Harsh Roshan, Bhanu Prakashan and Jayatheertha in key roles, the movie has the music of Mark K Robin.