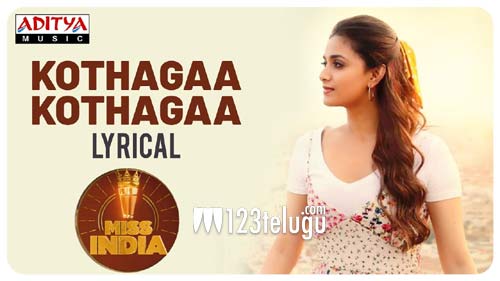 The promotions of Keerthy Suresh’s Miss India have finally begun and the first song from the film, Kothaga is out now in the open in all the streams.

Composed by Thaman, this song is a soulful melody sung beautifully by Shreya Ghoshal. The lyrics are superb and the hookup line which comes in the form of a Raaga is pretty good.

Shot in foreign locales, this song is shot on Keerthy Suresh and Naveen Chandra. This is a kind of song which will impress you more after you listen to it multiple times.

Mahesh Koneru produces this film which is being directed by Narendra. The film is a female-oriented thriller.