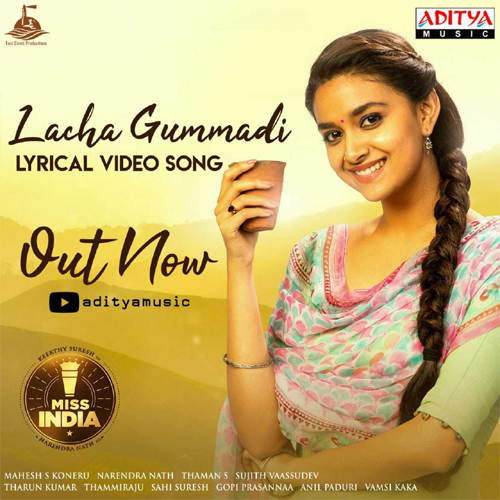 It is a known fact that Keerthy Suresh is doing a film called Miss India and the film will come out directly on Netflix in November. The makers have started promotions and released the first song from the album.

Titled Lacha Gummadi, the song has been composed by Thaman and is quite good. The starting of the song and the manner in which the lyrics have been written in an inspiring manner, is quite good.

The tune is simple and easy on the ears. Thaman focuses more on the tune and keeps the orchestrization simple. This looks like a theme song which also defines the character of the heroine in the film. Directed by Narendra, Miss India is produced by Mahesh Koneru.