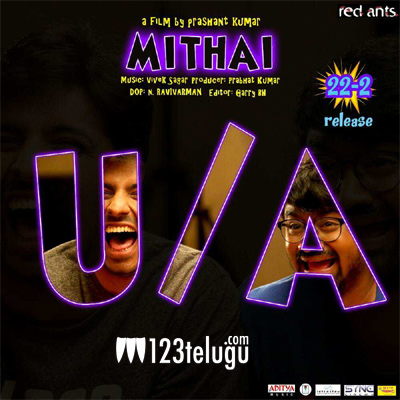 Mithai, the much-talked-about dark comedy film, starring young comedians Rahul Ramakrishna and Priyadarshi, has completed its censor formalities this afternoon. The CBFC has cleared the film with a UA certificate without any cuts.

Mithai’s teaser, trailer and the audio album scored by Pellichoopulu fame Vivek Sagar have create a decent buzz for the movie. Debutant Prashant Kumar has directed the film. Shweta Varma is the film’s leading lady. Aditi Myakal, Kamal Kamaraju and Ravi Varma will be seen in key roles in the movie.

Mithai is all set for release on February 22. The film will be clashing with NTR Mahanayakudu, which is also hitting theaters on the same day. Prabhat Kumar is the film’s producer.