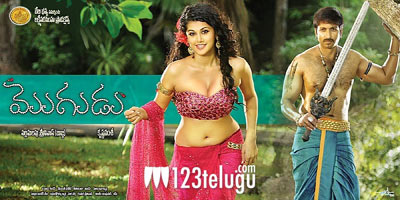 Gopichand and Tapsee’s ‘Mogudu’ is gearing up for a grand release friday. The movie has been directed by aesthetic director Krishna Vamsi. The movie is an entertaining family drama with a twist, says Krishna Vamsi.

Nallamalupu Bujji is producing the movie and Dr. Rajendra Prasad is portraying a key role in the movie along with Roja and Naresh. Music has been scored by Babu Shankar. The movie’s stills have generated a lot of heat and the release is eagerly awaited.

The movie is extremely critical for Gopichand and Krishna Vamsi as both of them have gone without a hit for a while.Let us hope that they score a good success with Mogudu.