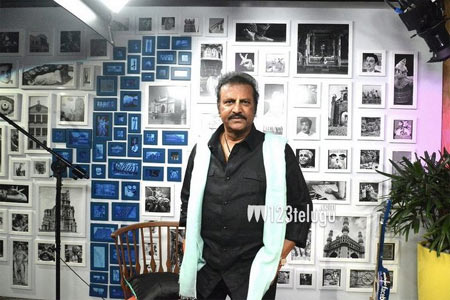 The legendary actor has been giving interviews to the media and even visited the FaceBook office to go live for the audience. Even in this age, Mohan Babu has taken quite an interest in promoting his film which is not at all necessary for an actor of his stature.

The star hero is coming back on the silver screen after a long gap of one year and that too in a double role. Gayatri is carrying a positive buzz and has Vishnu Manchu in a crucial role.

Shreya Saran and Nikhila Vimal also play important roles in this film which is directed by Madan. Thaman scores music.