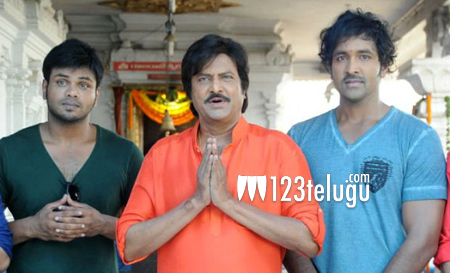 Veteran film star Mohan Babu has confirmed that his next film will star his elder son Vishnu Manchu. The actor said that the film has been titled Senapathi and that the shooting will commence later this year.

Mohan Babu also revealed that he is planning yet another film featuring his younger son Manchu Manoj and that this film will be launched early next year. The actor’s home banner Lakshmi Prasanna Pictures will produce both these movies. Mohan Babu made these revelations during his Tirupati visit yesterday.