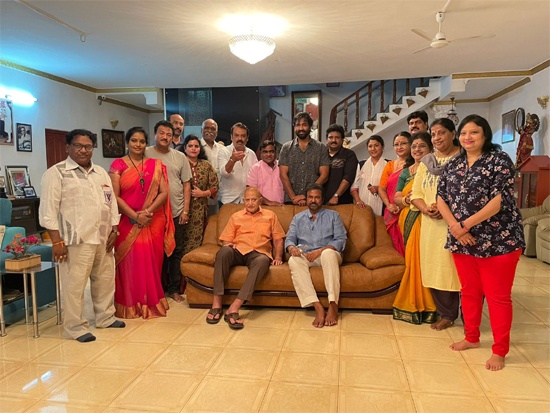 Hero Vishnu Manchu recently filed his nomination for the President post in the upcoming MAA elections. He also announced his panel which is filled with experienced and young actors. Aggressive campaign will begin soon in the run up to the polling which is scheduled on October 10.

Earlier today, Vishnu, his father Mohan Babu and his panel members visited Superstar Krishna at his residence and took his blessings and requested his support. The veteran Superstar wished the Manchu actor and his panel a grand victory in the upcoming elections. It is known that Krishna’s son-in-law and senior character artiste Naresh is supporting Vishnu Manchu and he made several striking comments against Prakash Raj.