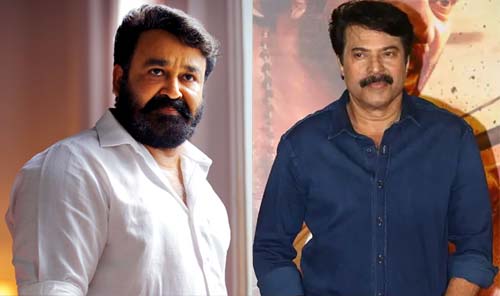 Mohanlal and Mammootty, two of the biggest stars in Malayalam cinema, is going to share screen space together after almost 13 years. Their upcoming film is said to be a crime thriller and it will be directed by Priyadarshan and Rajeev Kumar, and it will star nearly 140 actors from the Malayalam film industry.

Incidentally, both Mohanlal and Mammootty are said to be doing this film as a philanthropic gesture, and all the money that the film will make is going to be used to help artists, technicians, and the film industry itself which has been hit hard due to Covid-19.

Back in 2008, Mammootty and Mohanlal had acted in Twenty:20, and this latest announcement of the two stalwarts joining hands once again has come as a sweet surprise to their fans.