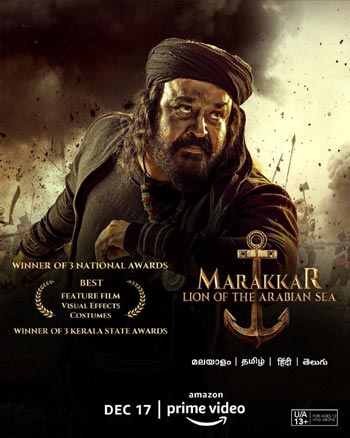 Now, after 15 days of its theatrical release, it is ready to release on Amazon Prime Video on 17th December.

Those who missed the film can watch it on Amazon Prime Video from this Friday. Besides Malayalam, Marakkar will also be released in Telugu, Hindi, and Tamil.