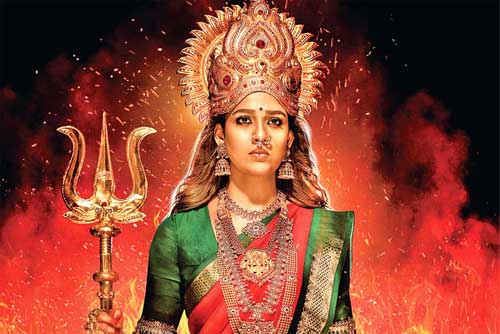 Nayanthara’s new film, Mookuthi Amman is all set for a direct digital release on noted platform Disney Plus Hotstar on November 14, 2020, as a Diwali festival treat. Directed by RJ Balaji, the film is said to be a devotional satire.

Meanwhile, the latest buzz circulating among Kollywood media is that Nayanthara has charged a hefty amount of Rs 4 crores as her remuneration for the film.

Though there is no confirmation regarding the same, the news has now become a hot topic among film circles.
Ishari K Ganesh is the producer and Girish G is the music director of Mookuthi Amman.