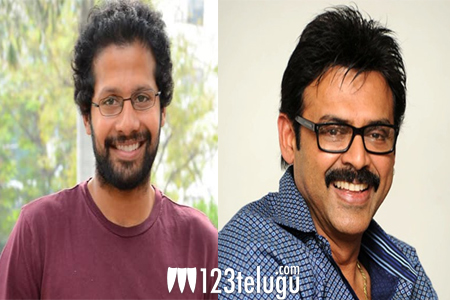 Actor Venky Atluri turned director and scored a big hit with his debut film, Tholi Prema. He is currently helming Akhil Akkineni’s third film, Mr Majnu. The film is slated for release in December and expectations are quite high among Akkineni fans.

Meanwhile, the latest reports reveal that Venky Atluri’s next film may feature a senior hero. Apparently, Venky recently narrated a script to Victory Venkatesh and the actor gave him a green signal. We will have to wait until Mr Majnu’s release to see if the Venky-Venky Atluri film will materialize or not.