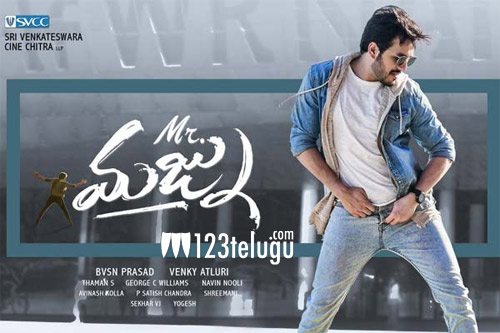 So, the wait is finally over as the trailer of Mr. Majnu is finally out in the open. Akhil is seen in a super posh avatar in this trailer which showcases some of the best visuals in recent times.

The film is all about a playboy who is not serious about his love life until he meets the right girl played by Nidhi Aggarwal. This set up has been showcased in a superb manner in the trailer which looks contemporary and has decent family emotions too.

Akhil and Nidhi Aggarwal look cute as a couple as the lavish London visuals and Thaman’s impressive background score works well in the trailer. Also, seen in the trailer are Rao Ramesh and Naga Babu who play key roles.

As not much was seen in the teaser, the trailer showcases that the film is going to be a youthful romantic entertainer with fun elements and Akhil is looking impressive in his role this time around.

Mr. Majnu is produced by BVSN Prasad is directed by Venky Atluri. For now, the trailer looks promising and creates a good buzz for the film.