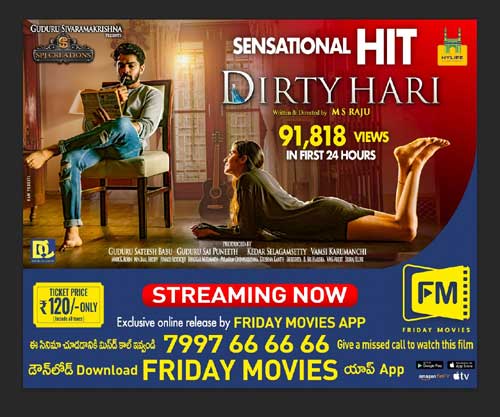 After making a lot of noise thanks to the steamy content and titillating promos, veteran filmmaker MS Raju’s Dirty Hari finally released on Friday Movies ATT app day before yesterday. The film surprisingly received positive reviews from critics and even audiences gave it a thumbs up.

The makers released a poster, saying that a total of 91,818 people have watched Dirty Hari within 24 hours of its release. Going by this claim, at Rs 120 (including taxes), Dirty Hari has collected a gross of Rs 1.10 crore. Needless to say, this is a solid start for this small budgeted film.