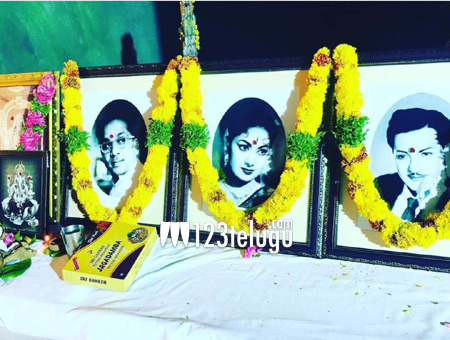 After a lot of speculation and pre-production, the much-awaited biopic, Mahanati finally went on floors today. The film is currently being canned in Rama Krishna Studios Hyderabad where a special set has been erected.

Keerthi Suresh and Samantha play lead roles in this film which is directed by Nag Ashwin of Yevade Subramanyam fame. Ashwini Dutt produces this film on his Vyjayanti movie banner.

Dulquer Salman will also be seen in a key role in this film which will be released in Tamil, Telugu and Malayalam.