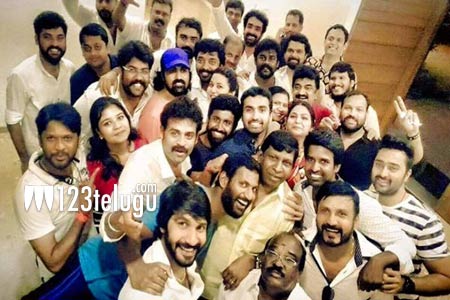 The much-awaited day for thousands of Tamil actors belonging to Nadigar Sangam has arrived finally. The foundation laying ceremony for Nadigar Sangam’s long-pending own building is underway in the office’s premises in Chennai.

Noted Tamil stars like Rajinikanth, Kamal Haasan, Nasser, Suriya, Simran, Vijaykumar and many others took part in the inaugural ceremony and laid a brick each. The association’s current office bearers, Nasser, Vishal and Karthi, and other members of the executive committee will be overseeing the building’s construction work.

The proposed building boasts a 1000-seater auditorium, a preview theatre, a wedding hall and the main office building, and it is being built at an estimated cost Rs. 26 crores. Actor Suriya and his father Sivakumar will be bearing the cost of the auditorium.