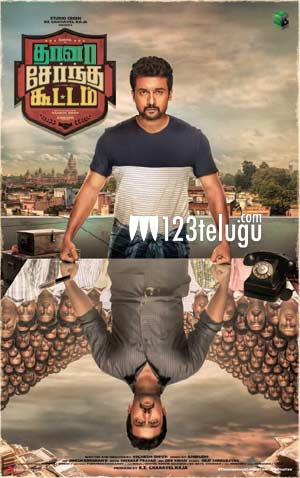 Tamil superstar Suriya’s next film is a thriller titled Thaanaa Serndha Koottam. The first single that was unveiled on Suriya’s birthday was received well by fans. And here are the much-awaited updates on this most eagerly awaited movie.

Thaanaa Serndha Koottam is tipped to be inspired from the hit Bollywood thriller, Special 26. The film is being directed by Vignesh Shivan and Keerthy Suresh is the leading lady. Suriya and his cousin Gnanavel Raja are jointly producing the movie. Anirudh Ravichander is the music composer.