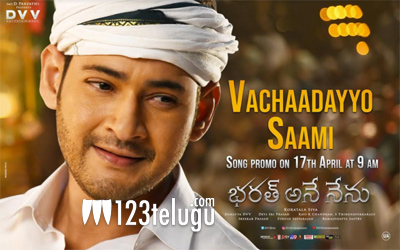 Now, the much-awaited Vachaadayyo Saami song promo will be released tomorrow (April 17) at 9 am. Bharat Ane Nenu is hitting the screens on April 20 and the pre-release buzz has been quite positive.

Koratala Siva is the film’s director and Bollywood starlet Kiara Advani is the female lead. DSP composed the music and DVV Danayya produced the movie.