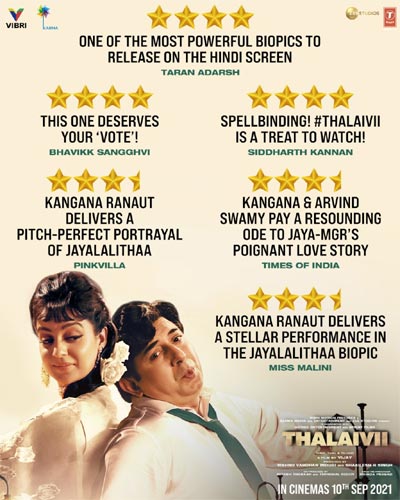 Thalaivi is a film that many are waiting for eagerly. The film has Kangana Ranaut in a lead role and she plays Jayalalitha and this has made things quite exciting.

Now, the film is being shown to the press and a special show was aired to the Mumbai media. The film is getting a solid response and some of the leading critics have hailed the film.

Arvind Swamy plays MGR in this film that is directed by AL Vijay. The film will have a special show even in Hyderabad and more details about it will be out soon.