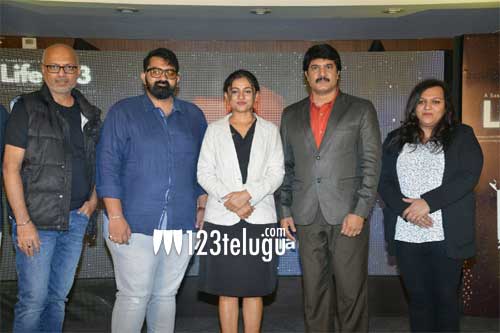 Music composer and ad filmmaker Shashi Preetam, noted for his musical scores for movies like Gulabi and Samudram, is introducing his daughter Aishwarya Krishna Priya as a producer with a film titled Life of 3. The film has been directed by Shashi Preetam himself, who has also composed the music and even penned the songs. Incidentally, the film also marks Shashi Preetam’s debut as a director.

Life of 3’s first look and audio album were released yesterday (Sep 15) on the occasion of Shashi Preetam’s birthday. The film features young actors Snehal Kamath, Santosh Anantharaman,, Chinni Krishna, Vaishali and Soujanya Varma in key roles. Life of 3 is co-produced by Dushyanth Reddy. The film has its story and screenplay Shashi Preetam, who has also handled cinematography.