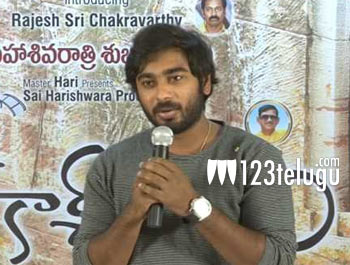 Popular music composer Sri’s son and grandson of yesteryear star music director Chakravarthi, Rajesh Sri Chakravarthi, is soon going to make his debut as hero. Rajesh’s maiden film, Sivakasipuram, had its audio launch event recently and is gearing up for release in summer.

Sivakasipuram is a psychological romantic thriller and the film is said to be based on true incidents. Priyanka Sharma makes her debut as the film’s female lead. Debutant Harish Vattikuti is the director and Mohan Babu Pulimamidi is the producer of Sivakasipuram. Pawan Sesha is the film’s music composer.