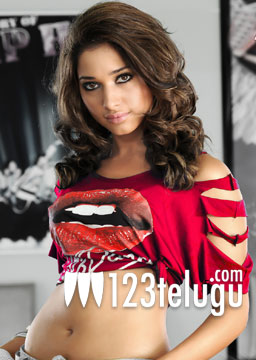 Tamannaah is one of the top actresses in South who’s extremely popular for her dancing skills. Although she had the tag of a glam doll since the days of Happy Days, it was only from Badrinath that people began talking about her dancing skills. Later, she stunned a lot of people with her moves in Racha and Rebel. After almost a year, she’s going to act in a Tamil film and this untitled film has Ajith in lead role. Talking to a leading newspaper, she said, “I have been acting in quite a few Telugu films in the past couple of years, which is the reason behind my absence from Tamil cinema. In the past couple of years, my dancing skills have improved a lot, thanks to the Telugu films I have been part of. Now, I am confident that I can pull off even some of the most difficult dance moves with ease.” Right from the days of Badrinath, she thanked her co-stars, directors and choreographers for encouraging her to perform better. Meanwhile, she’ll soon be seen in the Telugu remake of Vettai and her upcoming Hindi film Himmatwala is currently under production.