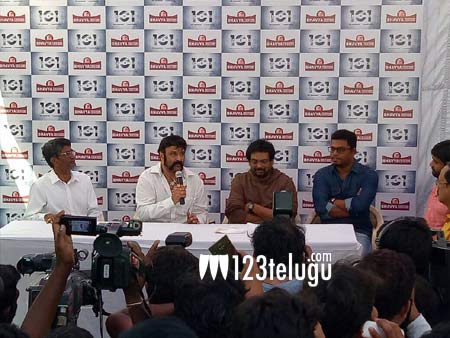 Earlier today, Balakrishna’s new film in the direction of Puri Jagan was launched in a grand way. Speaking to the press, Balayaa said that the project will be quite pleasing for his fans as they will be seeing him in a new dimension altogether.

The crazy combination has evoked huge interest and fans are eagerly awaiting to see Balakrishna get a stylish transformation in the hands of Puri. The regular shooting of this film will kick-start from the 16th of this month.

The female lead is yet to be cast in this film which will be a hardcore commercial flick. More details about this film will soon be launched.