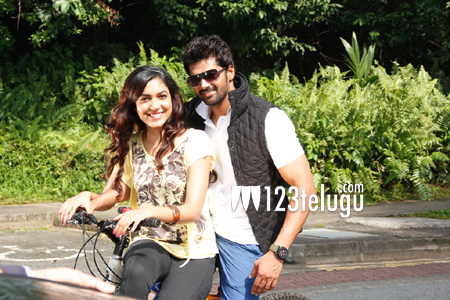 Naveen Chandra, Ritu Varma starrer ‘Naa Rakumarudu’ is gearing up for the release on December 27. The film was supposed to release in the last week of November; however, it was postponed at the last minute. Satya has directed the film and P Vajrang has produced it under Harivillu Creations banner.

The film’s censor formalities have already been completed and it has been given clean ‘U’ certificate by the censor board. Naveen Chandra, who had earlier acted in Andhala Rakshasi and Dalam, is playing the role of a rich young guy who hates women. “I got a chance to try out something new in this film. In the film, I played the role of a rich young guy who wants to study hard and also take care of his family. I hope people will like our film.”

Achu has scored the music and Kumaraswamy is the cinematographer.