Naga Chaitanya Reveals Interesting Details About RRVC
Published on May 23, 2017 3:56 am IST 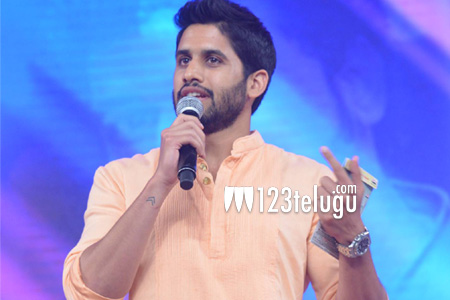 Naga Chaitanya is eagerly waiting to see how his latest film Ra Randoi Veduka Choodham will be received by the audience. After doing several romantic films where he played subtle, but mature characters, the actor says that he has ventured into a different space with his latest film.

“It’s quite different from what I’ve done in the past. In fact, it was my father (Nagarjuna) and Kalyan Krishna who convinced me to take it up. We believe that it has all the ingredients to appeal to all segments of the audience,” Naga Chaitanya said.

That’s not all. Apparently, Nagarjuna was involved in every aspect of the film and took minute care of all the details to ensure that it’ll click with the audience. “More than me, my father wants the film to be a big success. He has been talking to me about expanding my reach and after Premam, we believe that this film is a step in that director,” Naga Chaitanya added.