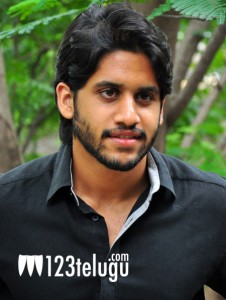 Post Seethamma Vaakitlo Sirimalle Chettu, yet another multi-starrer seems to be on the cards in Telugu cinema. According to the latest buzz, Naga Chaitanya is likely to star in the Telugu remake of Akshay Kumar, Anil Kapoor starrer Welcome. Vishnu Manchu is going to produce this remake under 24 Frames Factory banner. Recently, he had gone to Mumbai to close a deal for buying the rights of the remake and now it’s being said that he was in talks with Firoz A Nadiawala, who had produced Welcome.

Naga Chaitanya is going to reprise Akshay Kumar’s role in this action comedy and the film also stars Mohan Babu and Sri Hari in lead roles. Recently, Vishnu Manchu had confirmed that he’s indeed producing a film with his father Mohan Babu in one of the lead roles, although he quashed rumours that Sunil is going to star in the film. Srivas is going to direct the film. More details about the film are awaited and this untitled film is likely to go on floors in early 2013.