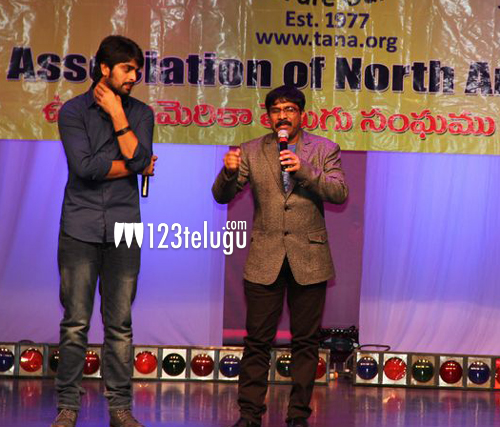 Actor Naga Shaurya has had back to back hits with the first two films in his career. Oohalu Gusagusalade and Dikkulu Chudaku Raamayya were very well received by the audience and Naga Shaurya’s performance was the highlight in both these films.

Now this successful actor has now embarked on doing his bit for Hudhud cyclone relief. He has recently attended the Hudhud campaign organized by TANA ( Telugu Association of North America) in the US. The proceeds from the event will be donated to CM’s relief fund. Naga Shaurya is right now busy wrapping up his latest movie Lakshmi Raave Maa Intiki. Avika Gor of Uyyala Jampala fame is the heroine.