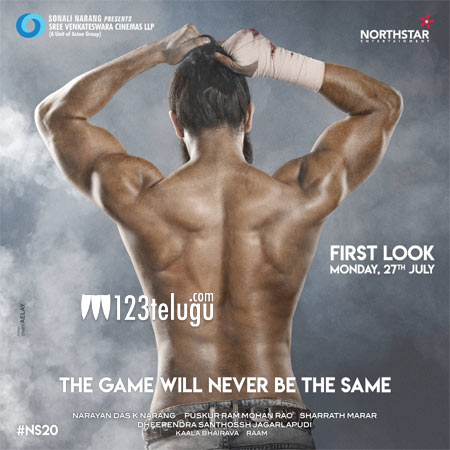 The makers of hero Naga Shaurya’s soon-to-commence sports drama have just unveiled the film’s pre-look poster. The actor stuns everyone with a bulky body with well toned muscles and a long hair tied into a bun. He also sports a thick beard which is not seen clearly in the poster. The first look poster will be out on July 27.

This as-yet-untitled film will have a backdrop of the ancient sport of archery. The film showcases the story of a skilled archer who overcomes all odds to make his mark. The film will be directed by Sathossh Jagarlapudi and produced jointly by Narayana Das Narang, Puskur Ram Mohan Rao, Sharrath Marar under Sri Venkateswara Cinemas LLP And Northstar Entertainment Pvt Ltd banners. Delhi Instagram star Ketika Sharma is the female lead in the movie.