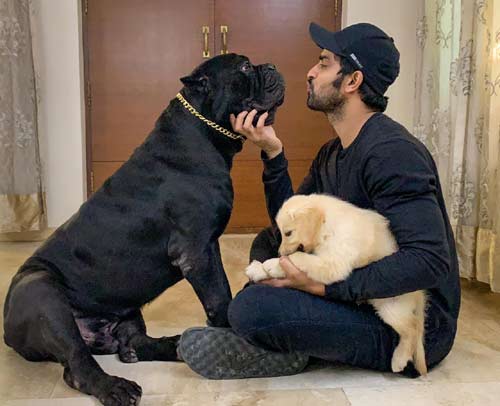 Here is an adorable picture of hero Naga Shaurya spending some jolly good time with his pet dogs. The actor is giving his fans some quarantine goals as he shows how to chill with his paw buddies at his home. “You will always be my first, My Boo Boy,” Shaurya tweeted, as he introduced his pets.

For the last few months, Naga Shaurya has been busy shooting for three different projects. An intense sports drama, Lakshya, a breezy romantic entertainer Varudu Kavalenu and a yet another romantic comedy Phalana Abbayi Phalana Ammayi are his upcoming films which will be hitting screens later this year.