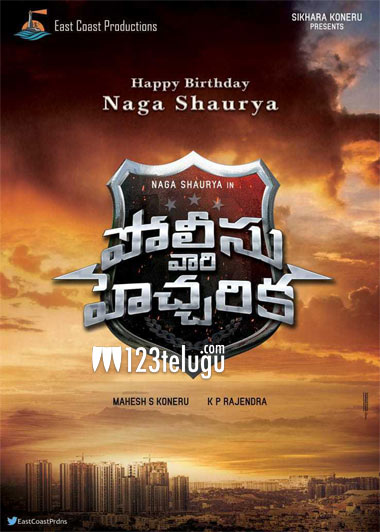 On the eve of hero Naga Shaurya’s birthday, the makers of his ongoing action drama unveiled the film’s title logo. The film has been titled Police Vaari Hecharika and it hints that the film is going to be an intense cop action drama.

Police Vaari Hecharika is being directed by debutant Rajendra and produced by Mahesh Koneru under his East Coast Productions banner. The film marks Shaurya’s 23rd project and it will release after Lakshya, Varudu Kaavalenu and his home production. Shaurya is celebrating his birthday tomorrow and a few more exciting updates are on the way for his fans.