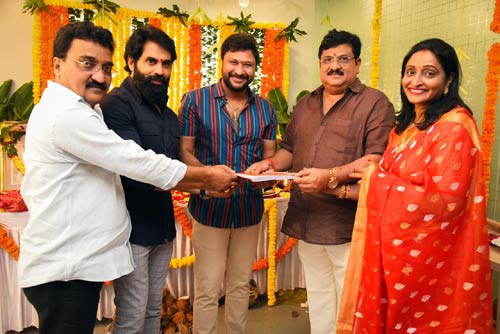 Hero Naga Shaurya’s parents Usha and Shankar Mulpuri turned producers and bankrolled their son’s movies such as Chalo and Aswathama under the banner IRA Creations. Today, they launched a new banner named IRA Cinemas with a motive to give a platform to young and aspiring actors and filmmakers.

Today, IRA Cinemas joined hands with a new banner named ASP Media House to launch their maiden production. Debutant Sunny Komalapati will direct this as-yet-untitled film and Abhinav Sardar will co-produce the film. The regular shooting will commence from November 9. The film is touted as a thriller and the names of the cast and crew will be revealed soon.