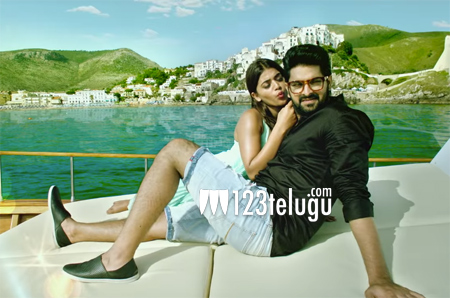 Naga Shourya is back with his home production Naratanasala. The film’s teaser is finally out and looks like Shourya has once again chosen a comedy caper this time around after Chalo.

The trailer starts off on a simple and cool note thereby becoming hilarious at the end. Sivaji Raja is seen as Shourya’s dad who is upset that his son is gay.

Well, this thread of hero turning into a gay has not tried much before in Telugu and it will be interesting to see how the young director has weaved a comic story around it.

For now, Shourya has caught the attention of many with his gay act and has set the ball rolling for Nartanasala.