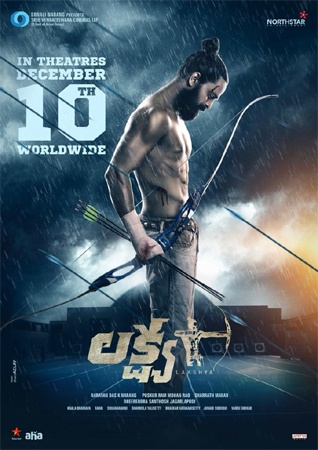 It is a known fact that Naga Shourya is doing a new film called Lakshya. The makers have now decided that the film will be out on the 10th of December this year.

Ketika Sharma is the leading lady in this film which is a sports-based drama. Being directed by Dheerendra Santhossh Jagarlapudi, the film is produced by Sonali Narang, Narayana Das K. Narang, Puskur Ram Mohan Rao, and Sharrath Marar.

Naga Shourya has worked hard on his body and will be showcased in a new manner altogether. He sports two different getups in the sports drama based on the ancient sport archery.