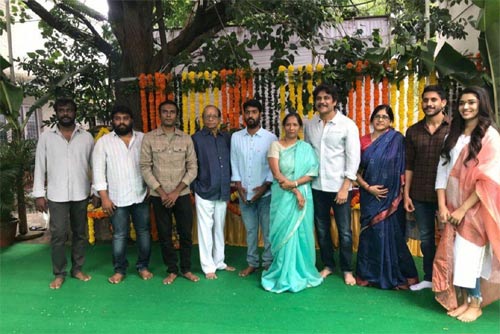 Bangarraju, the much-talked-about spin-off to Nagarjuna’s blockbuster 2016 fantasy drama, Soggade Chinni Nayana, has had its formal launch at Annapurna Studios in Hyderabad. The film has been in talks for the last 3 years and has finally seen the light of day this morning.

Apart from Nag, his son and one of the film’s heroes Naga Chaitanya, Chay’s lady love in the movie Krithi Shetty, director Kalyan Krishna, music composer Anup Rubens and others took part in the launch ceremony. The film also features senior heroine Ramya Krishna in a lead role. Even though an official announcement is awaited, the latest buzz is that Bangarraju will be releasing during the Sankranthi festive season early next year.