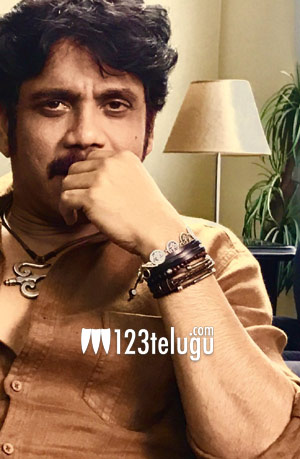 After a brief gap, Nagarjuna has begun shooting once again. Earlier today, he announced on Twitter that he’s ‘back in business with Raju Gari Gadhi 2’. Directed by Ohmkar, Nagarjuna is playing one of the central characters in the horror comedy and it also stars Samantha and Seerat Kapoor, apart from several other actors.

Last month, soon after Om Namo Venkatesaya released, Nagarjuna took a short break from his work. Moreover, the dramatic turn of events which led to Akhil’s wedding being called off is said to have upset Nagarjuna.

However, in less than two weeks, Nagarjuna has put everything behind him and has begun shooting for his upcoming film in Hyderabad.