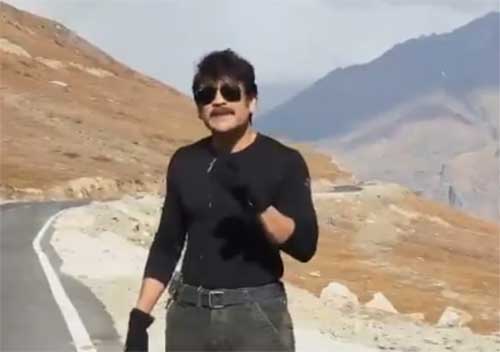 It is a known fact that Akkineni Nagarjuna is shooting for a film called Wild Dog in the direction of Solomon. The film is an action entertainer in the backdrop of the Indian army.

Nag and his team have now reached the shoot location which is 13000 feet above the sea level in the Himalayas. They have started the shoot and will be there for the next three weeks and with the end of this schedule, the entire film will be wrapped up.

This also means that there will be a special host who will take over Nag in the Bigg Boss show this weekend. Who will be that star will be revealed tomorrow morning. As of now, Nag is enjoying the rocky mountains and shooting outdoors after a very long time post the lockdown.

#WildDog in the Himalayas!! pic.twitter.com/k1gf1fNb7E