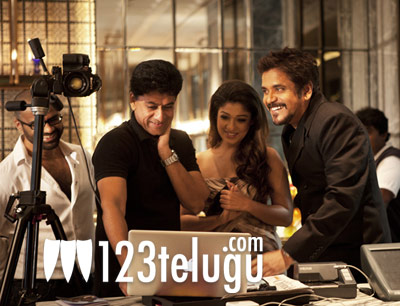 ‘King’ Akkineni Nagarjuna and Nayanatara will soon be flying to New York for the shoot of their upcoming romantic film ‘Love Story’. The Swiss schedule has just been completed and the US schedule will begin either in the last week of October or the first week of November.

Dasarath, who gave a hit with Nagarjuna in the form of ‘Santosham’ is directing the film and D Siva Prasad Reddy is the producer. Music is being composed by S S Thaman.

Nagarjuna is sporting a new look in this mature love story and the movie is expected to hit the screens in time for Sankranthi. The audio launch will take place in November.