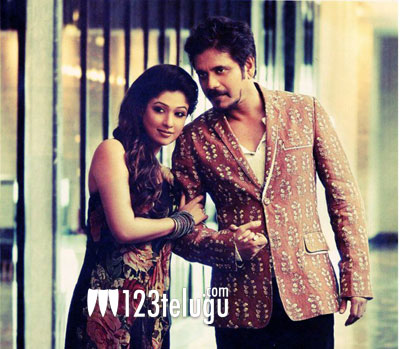 ‘King’ Akkineni Nagarjuna and Nayanatara will be seen as the lead pair in the romantic film ‘Love Story’. As per the latest information we have received, the movie is going to hit the screens in March. The movie was recently shot in Switzerland and some scenes are scheduled to be shot in the US as well.

Dasarath is directing the film and D Siva Prasad Reddy is the producer. Music is being composed by S S Thaman. Dasarath and Nagarjuna teamed up for ‘Santosham’ a decade ago and they are looking to repeat that success again with this film.

The film will be a mature love story and will have Nagarjuna and Nayanatara in roles with a fresh, new characterization.

note: The article has been edited to remove the date March 3rd. As of now, the film is being planned for a March release and date is yet to be confirmed